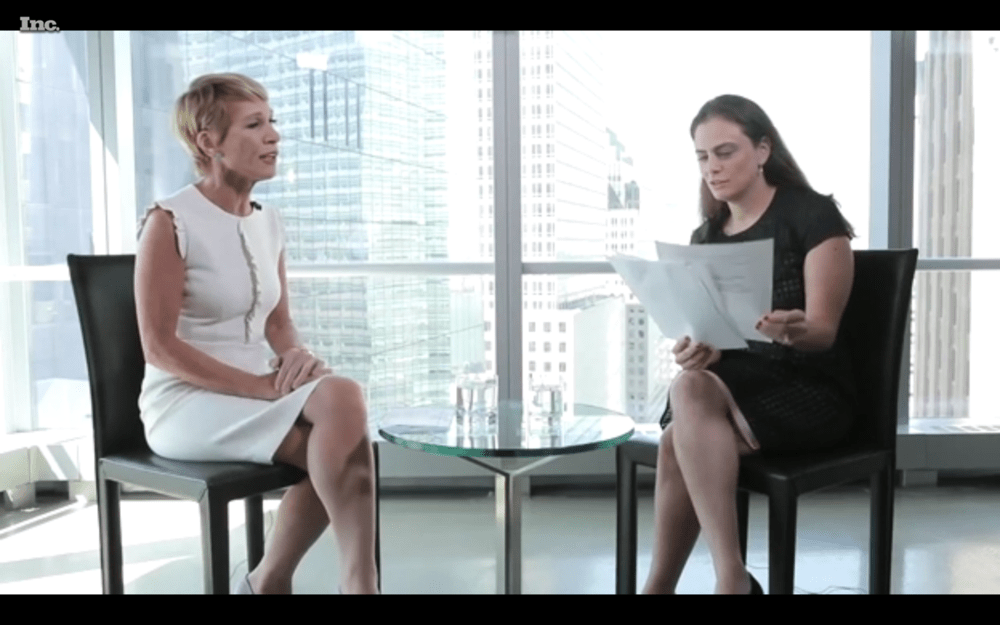 Barbara Corcoran is an icon in the entrepreneurial world. She’s best known for her fierceness on Shark Tank but originally got her start in real estate as the founder of The Corcoran Group. She started her company with a $1,000 loan from her boyfriend at the time and it’s now worth over five billion dollars. Since her time on Shark Tank, Corcoran has had her hand in over 25 companies, and she’s not stopping anytime soon.

In a recent Twitter Live Chat with Inc Magazine, we got the opportunity to ask her a few questions. Read on below! 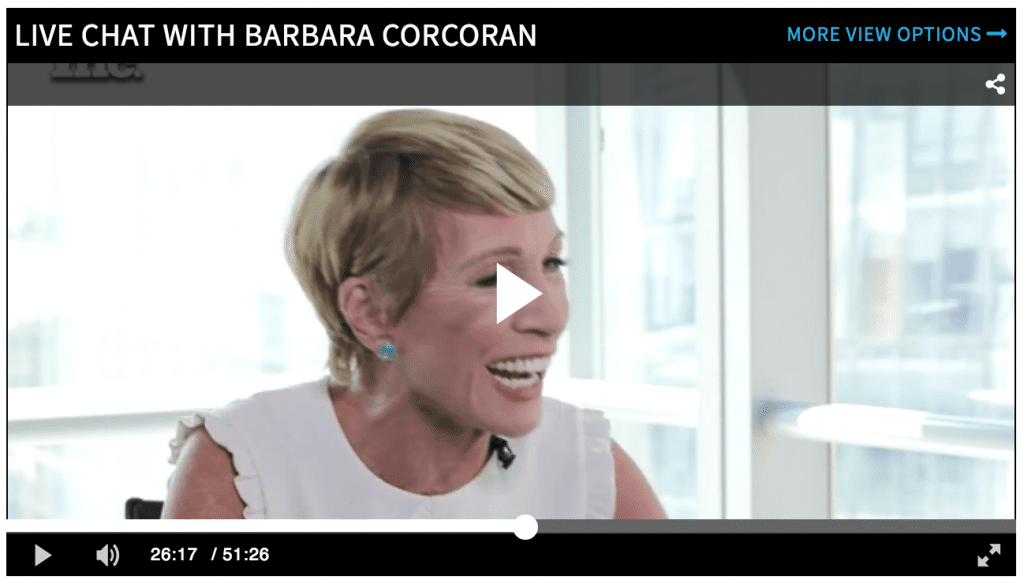 Click play to watch the live answer to why people should start businesses young.

Q: You mention that people should start businesses young and just do it. How do we create credibility when starting early?

A: You know what creates credibility? Total belief in what you’re going to do. You know, all of us have encountered phenomenal sales people that you are just blown away by, even if you don’t buy it, you leave saying, “What a great guy. Wasn’t he great?”

Phenomenal salesmanship creates credibility because you can’t fake it. You can’t fake it if you’re selling something so well. People are smarter than you think, they know when you’re faking it. When you meet a salesman who really believes in what he’s selling, whether it be a service or a product, it blows you away. That’s all you need for credibility. Everybody starts with no calling card. Every large corporation started with no calling card. That’s not even an obstacle to success. You gotta get over it. 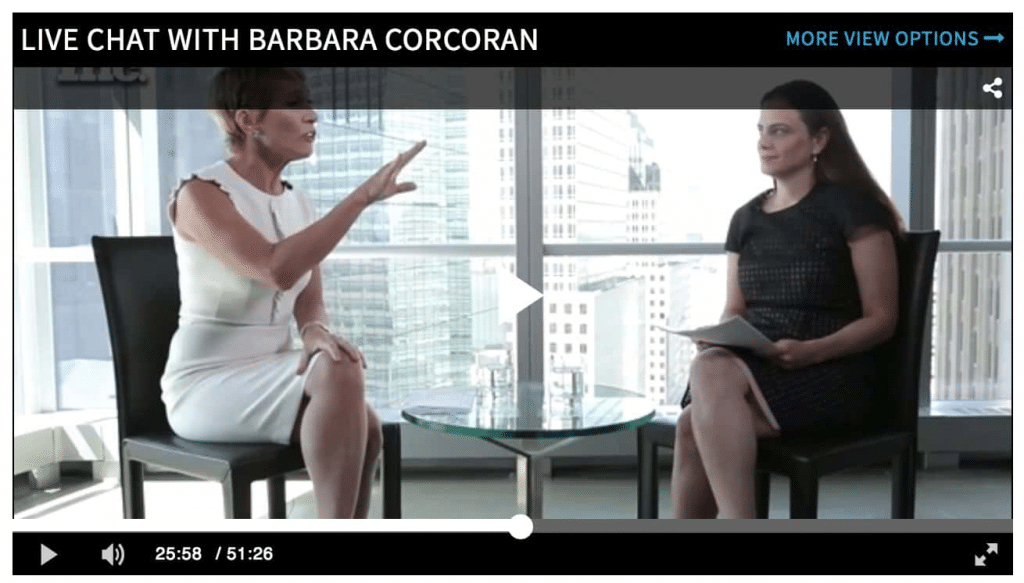 Click play to learn what more about how to maximize your two minutes with a powerhouse like Corcoran.

Q: If an entrepreneur had two minutes with you, what would you want the conversation to look like?

A: Well, it depends what they want. If an entrepreneur was pitching me to get my money, that’s one way to do it. I want the conversation to be crystal clear as to what’s your business, […] how you’re going to get there, and what’s your point of differentiation. It doesn’t have to be the newest thing that nobody’s discovered, most businesses are not, it’s just a new way of doing the same ‘ol thing. Then more importantly than all of the above, has anyone bought it from you?

Most people will go to their friends and family with the idea and the whole world will tell them that it’s amazing. But they never ask, “Could you give me the check? Could you give me ten dollars for it? Could you give me 100 bucks for the service?” People don’t test the theory. They fall in love with the idea, like a 16-year old boy falls in love with his first girlfriend, and they don’t question anything. They just plunge right ahead. I would want to know who bought it and what did they pay for the product. That’s the ultimate proof as to whether there is a need for a product or a service.