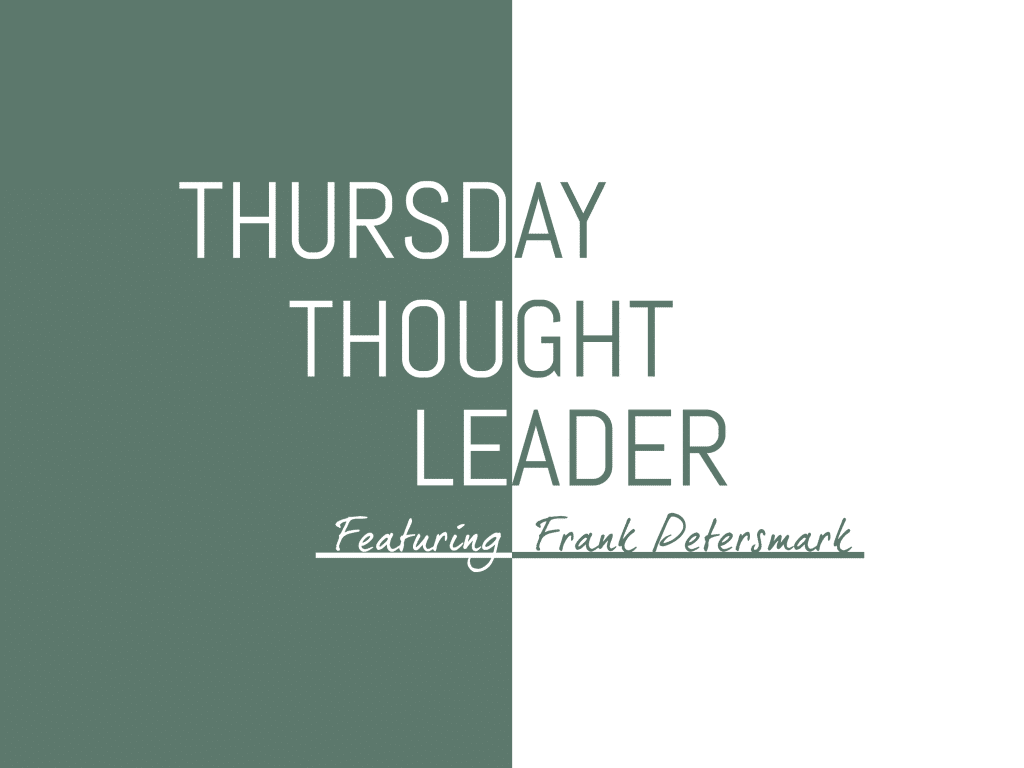 Have you ever met someone and immediately felt comfortable? You know the feeling: easy conversation, good laughs, and total respect. That’s exactly how we feel about Frank Petersmark.

He’s done a whole lot for the insurance world and most notably serves on the board for the Dig+In Conference, an annual event dedicated to showcasing companies who are advancing the insurance industry forward through technology. He’s been a huge influence no matter where he steps foot and we were so fortunate to hear more of his thoughts on leadership and where he sees the industry headed next. There are times when hearing nuggets of wisdom can seem repetitive and predictable, and then there’s Frank. Read on and you’ll understand. 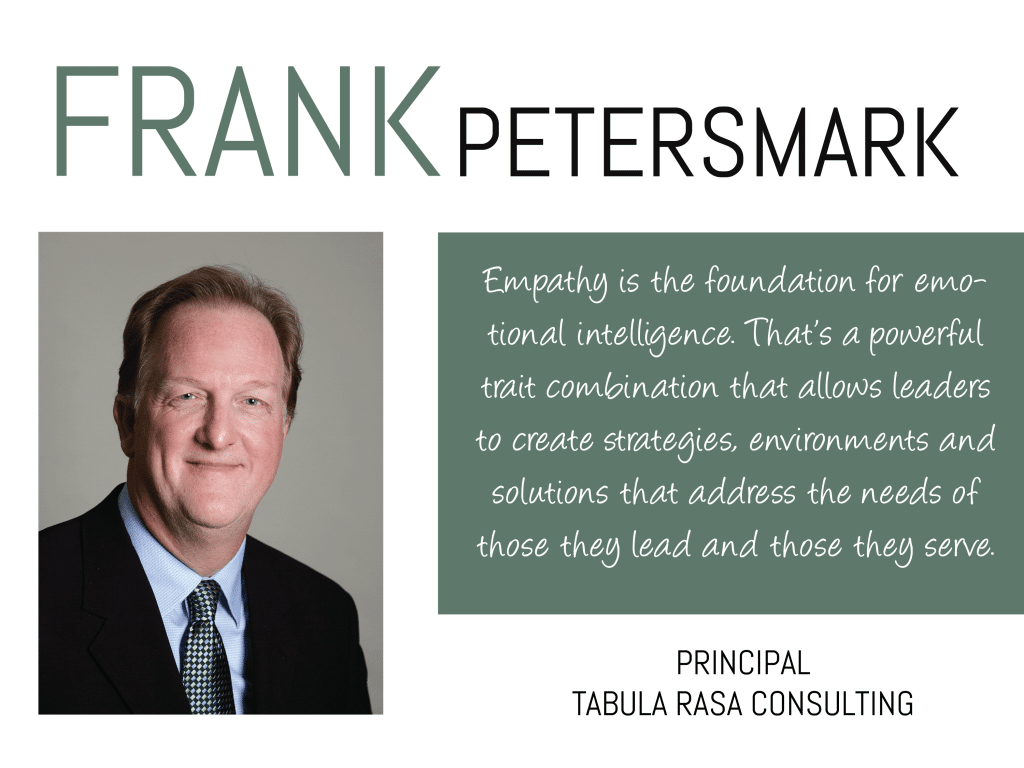 You were with Amerisure Insurance for 22 years, an impressive amount of time. What was the most important thing you learned during your journey?

I actually learned many important things – that’s what happens when you stay at a company for a long period of time – but one of the most important things was the power of persistence. When I began my IT career at Amerisure after working for a life insurer for several years, I was very technical. I enjoyed that kind of work quite a bit, but I knew that over the arc of a longer career there were other things to try and experience. The key for me was to create both short and long term goals and then move in that direction as much as possible. Over twenty-two years one tends to encounter their fair share of successes and failures, but upon reflection being persistent about what was important allowed me to stay on a certain path in both my personal life and my career.

In addition, you landed the prestigious role as VP/CIO at Amerisure. What is one key action or habit that you attribute to your successful promotion?

In a word, listening. One of the key lessons I learned along the way to that position, and a lesson I put into constant practice after I was appointed, was that really listening to the perspectives of others was an effective way to understand what they were experiencing, and therefore help to devise ways to improve their experiences and efforts that they would value. It sounds simple, but most IT people – including me for many years – are quick to jump to problem solving without really listening to what the problems and issues actually are. It’s hard to really solve problems if you’re unable to do that.

How have you seen the insurance industry shift over the past few decades and where do you think it’s headed next?

The industry has certainly shifted, albeit more slowly than other industries, over the past few decades. Besides the changes that technology and communications, social and otherwise, have brought, the biggest shift has been a reorientation from the insurer and its product being at the center of the insurance universe, to the customer now being at the center of the insurance universe. That’s a big shift with lots of implications that the industry recognizes but did not initiate, and is still grappling with. It’s the basic driver behind most of the Insuretech and other disruptive activity over the last several years. Most of the startup companies focus on the insurance experience – acquiring, servicing, amending, distributing, etc. – rather than on actual product, although there is some of that. That’s a trend that will continue, and it has the industry scrambling a bit to reorient processes, technology, services, and even some products to deal with thus shift.

What is the most important trait that you think leaders need and why?

While there are lot of important traits, I think the most indispensible one is empathy. Intelligence, critical-thinking, strategic visioning, humility, and of course a sense of humor are worthy and necessary traits for leaders, but empathy allows you to put yourself in another’s position, to understand what they’re experiencing and how that impacts what they’re trying to accomplish, and even how they feel about the challenges and opportunities they have. Empathy is also the foundation for emotional intelligence – the ability to manage your own emotions and the emotions of others – and that’s a powerful trait combination that allows leaders to create strategies, environments and solutions that address the needs of those they lead and those they serve. 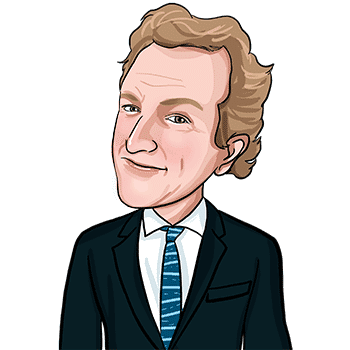 For any newbies entering the field, what’s your biggest tip for them to experience long-term success?

Be inquisitive and stay humble. When first entering the field there is a lot to learn. It’s important to always be open to that, and to recognize that not knowing something is not a sign of weakness, so don’t be timid about asking questions about what you don’t know, and about why things are the way they are. You may not agree with some of the answers you get, but when you’re new it’s important to recognize that things exist the way they do because they worked at some point, and understanding why that is so is the key to creating potential new ways of doing things. Part and parcel with that is the ability to stay humble. Even as advancements and promotions occur, it’s important to recognize that the next rung represents an opportunity to learn new skills and develop new capabilities. If you’re not willing to do that, you’re likely to plateau at some point in the career trajectory.